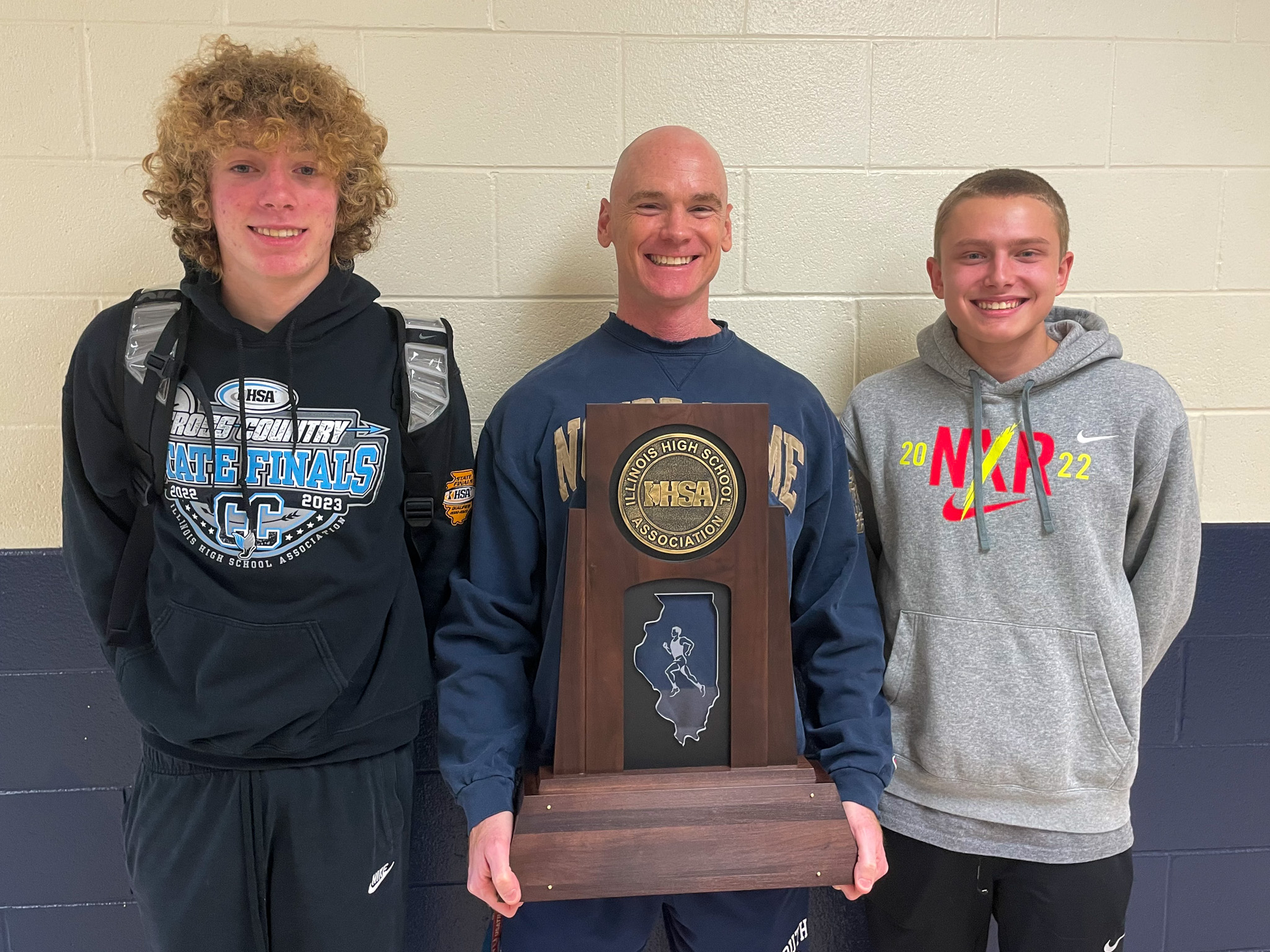 He was named the 2022 Class 3A Coach of the Year by the 2022 Illinois Track & Cross Country Coaches Association (ITCCCA) earlier this month.

Crowe shrugs credit for these accomplishments onto his team and assistant coach, Ryan Thompsen.

“I was happy and excited for these guys, their work ethic is tremendous,” Crowe said about winning the state title.

The team works out almost every day, year-round, he said.

Crowe is a mentor on and off the course, they said.

“I wouldn’t trade him for any other coach in the world,” said Maloney.

He leads by example which includes running with the team during practice, Sorg said.

The lessons he teaches will carry over into life after high school, he said.

“We wanted to give (the state title) to coach. In the back of our minds, we wanted to do it for coach.”

Crowe taught the team about setting goals and staying positive to reach those goals, Sorg said.

“Coach brings a lot of emotion and everything he preaches makes the guys buy into what he’s saying,” he said.

Crowe will receive the award on January 6, 2023 and plans to have Thompsen with him to accept it.